Last night, I was scanning the /r/guitarpedals subreddit. Something I have been known to do... occasionally.

OK, someone's trying to identify a pedal they came across in a studio. I'm not really an expert on boutique pedals, but I have spent a little time on guitar forums over the years so who knows, maybe I can help?

Clicking the link, there's a better shot of the pedal: 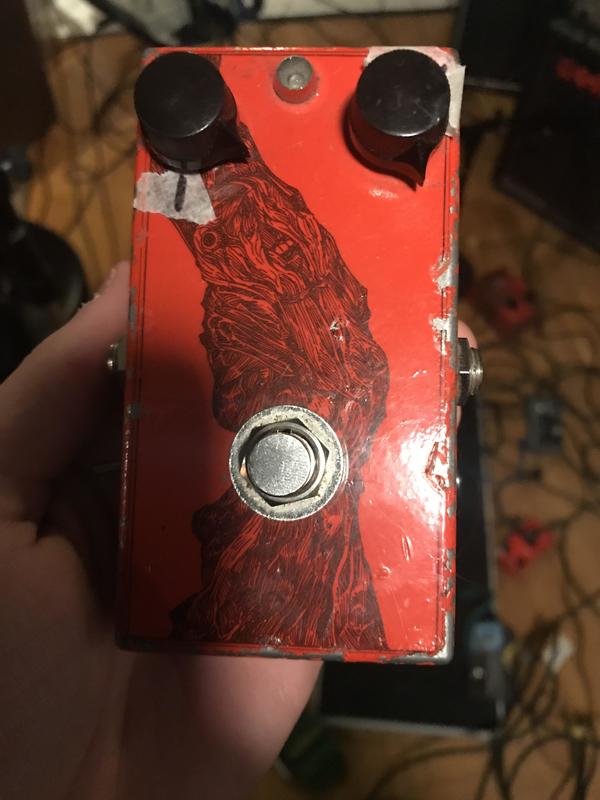 OK, yeah, the pedal doesn't look familiar, but the artwork on it sure does... 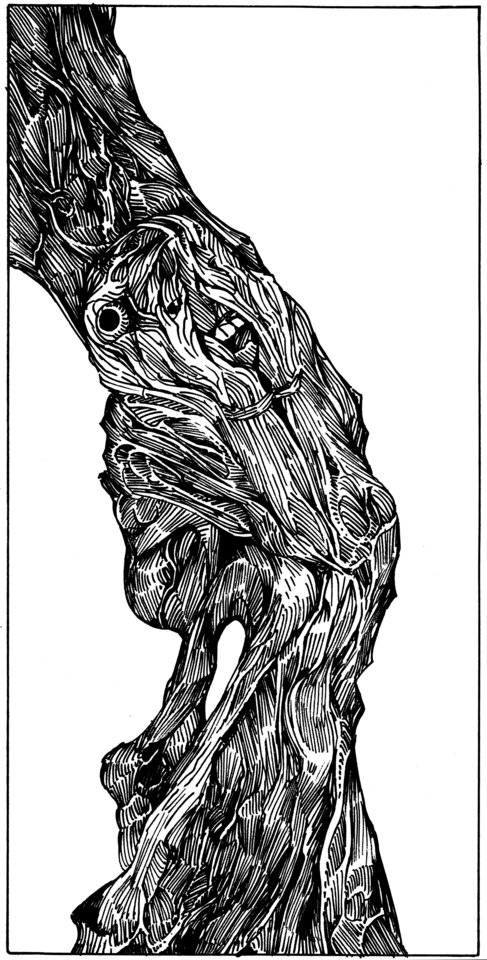 So at some point, someone out there built a custom guitar pedal, used one of my drawings for it, it ended up in a recording studio somewhere, someone else found the pedal in the studio, took a picture, posted it on reddit, and I stumbled on it.

Anyone who's known me for very long knows that I post all of my artwork online under a Creative Commons Public Domain license. I'm not a career artist and it's not worth the hassle for me to try to restrict access on my stuff and I'd rather just let anyone use it for whatever they want. So this obviously makes me very happy.

I've had plenty of people contacting me over the years asking to use them. That's unnecessary but appreciated. My paintings and drawings have appeared on dozens of websites and articles. There are a couple books out there that include them (besides the Abstract Comics Anthology that I was actively involved in). I know that there's at least one obscure death metal album out there that uses one of my paintings for the cover. I've had a few people say they were going to get tattoos, but I've never seen a photo of the results, so I can't say for certain whether anyone followed through on that.

This is the first time that I've run into my own work like this randomly in a place that I wasn't looking.

BTW, no one has yet identified the pedal, so obviously, if you know anything about who built it, let me know.